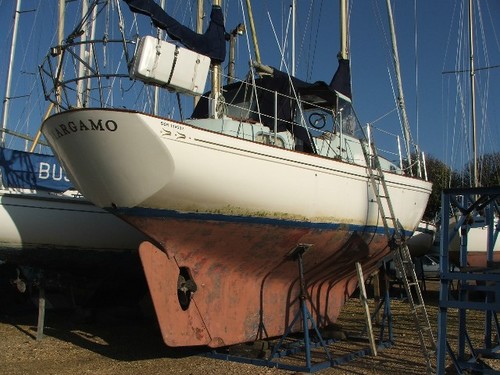 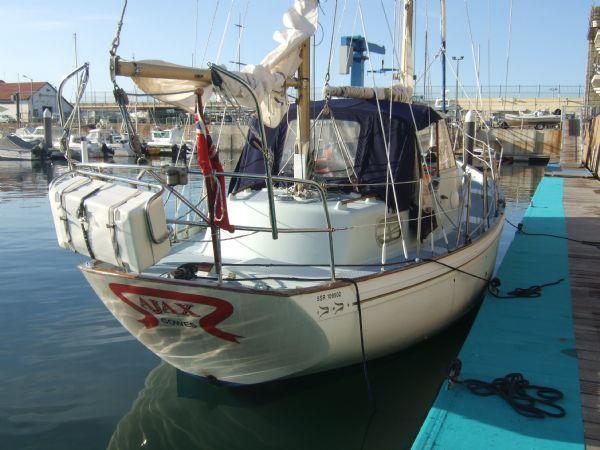 Following pictures taken at Gibralter on arrival on 23/12/07

A gentleman purchased ” Margamo ” from a Poole boat yard (see advert– Only shows in Internet Explorer). His plan was to sail her across the atlantic single handed via the Canary’s in the AUTUMN / WINTER !!! of 2007 . He re named her to AJAX and re fitted for the trip. Departed Cowes on the 14 oct 07 and arrived at Gibraltar on 23 Dec 07 suffering badly from sleep deprivation and fatigue and ended his trip there and sold Ajax at a loss – such a shame.
……so Ajax was last seen up for sale with Alpha Boat Sales of Gibralter – went for £20,000
Photo of her up for sale.

The site has recently (November 2010) been contacted by current owner of Ajax and she is still in Gibralter.