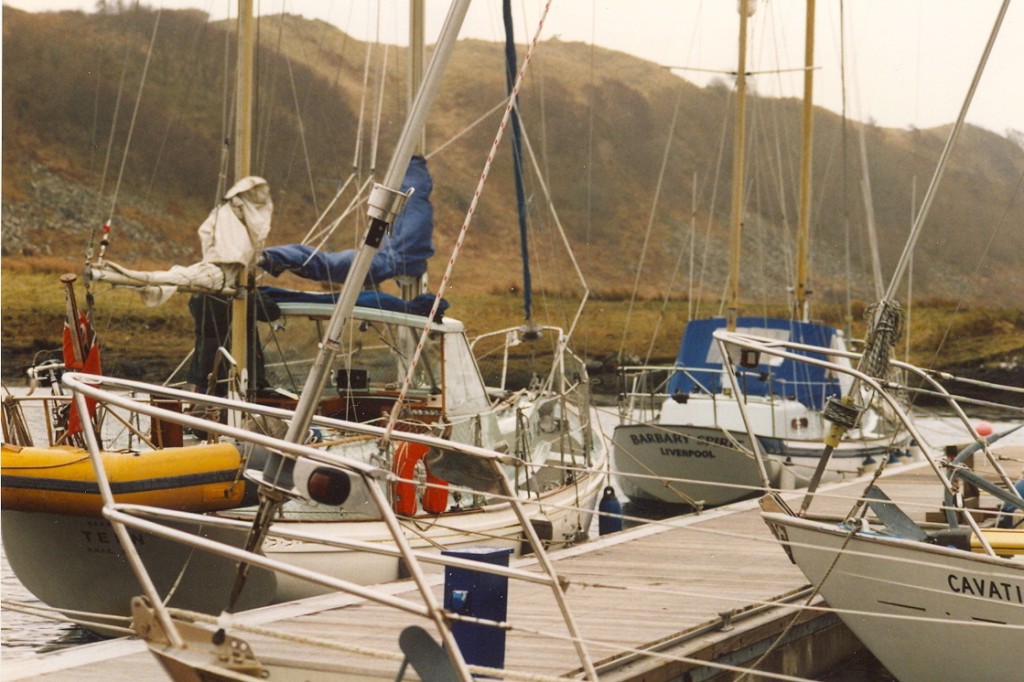 Photo taken by Neil Smith, son of previous owner. In front of Barbary Tern is Barbary Spirit, the boat now owned by Carole and Alan Ellicott.

“Barbary Tern is alive and well.  She was bought by my father Dr John A Smith (Jack Smith) in 1977 from Ireland where I believe she was known as Barbary Jon.  He refused to have her referred to as ‘The Jon’ so re-named her Barbary Tern.  It sailed until his death in 1996 all around the west coast of Scotland.  My sister Gillian and her husband Graham Shankland now own the vessel which is berthed at Kip Marina on the Clyde.  They have recently re-fitted her completely including a new engine.”

These are some photographs sent to the site in September 2011 by Graham Shankland. How many of you still have the wheelhouse table in your cupboard and wonder how it works?

Note: In Magazine Downloads there is a mention of a boat called Jonathan. Maybe this is Barbary Tern!! Update 16/11/2013 – Now known that Jonathon was in fact a boat now known as “Patience of Poole”.