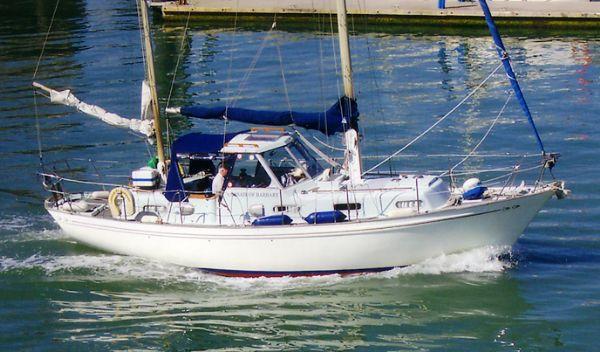 The previous owner sailed Corsair of Barbary out of Gosport for many years , sailing and enjoying her every day weather permitting , sailing single handed most of the time . In the late eighties he started sailing her down to northern Spain for the summer leaving , April 1st “no joke ” and returning end of September /October time. He did this for 4 years running and then deciding to take her down to the med harbour hopping mainly and returning via the central french canals to Le Havre , then back to Gosport.