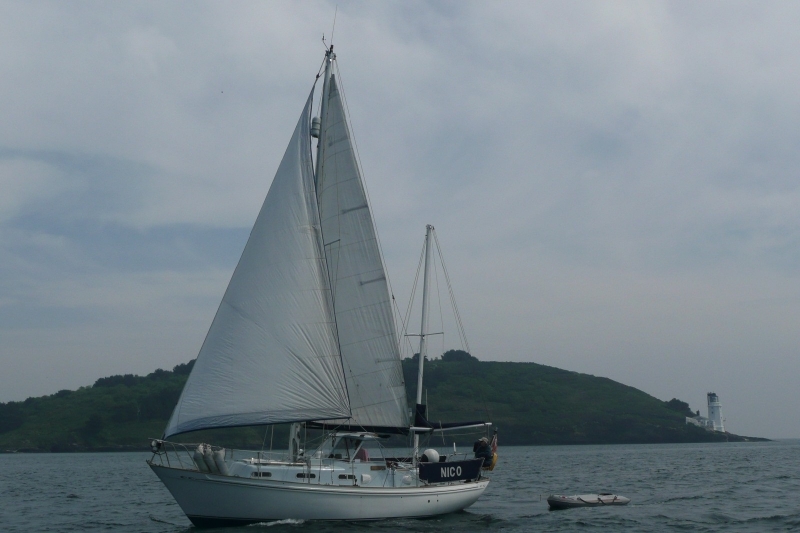 Owned by John and his wife and berthed at Falmouth.

We purchased Nico in March 2002 being our first boat, a retirement present to ourselves. She, Nico, not the wife, was built in1972/3 and named I understand, ARVICOLA. Later renamed Nico.  We went to Poole in 2003 to visit the boatyard and found that they now only carried out a brokerage service. I was told that all the papers relating to boatbuilding had been lost or destroyed. I made contact with a Mr Redwood who was a foreman at the yard, he sent me a brochure and an (basic typewritten) operators manual. He requested the engine No. so he could check what records he had, I sent the info but I received no reply. I haven’t a job No. only a hull No. , same thing? I don’t seem to have a build No. plate either. Nico has been used by a sailing school, later in the nineties, re-rigged, radar added, masts and spars stripped and painted white ready for an anticipated voyage to Australia. The then owner and his girlfriend got as far as Gibraltar and due to the rough crossing he was given an ultimatum. The boat went up for sale.